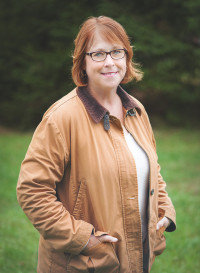 Sustainable Living – Like so many gardeners, we wanted a greenhouse. We wanted a greenhouse to start seedlings so we could get a jump start on our garden. In our horticultural zone of mid-Michigan, we don’t dare plant anything outside until Memorial Day for fear of a late frost. A greenhouse would allow us to extend our growing season – on both ends of the season!

We did the research on the types of greenhouses available but this exercise mostly helped us figure out what was not going to work for us. We ruled out building a structure using reclaimed windows even though may seem to appear to be an inexpensive option. It wasn’t that we couldn’t get enough of them but the effort that would be necessary to first build such a structure, and then maintain it, was discouraging. Gardening is more fun than maintenance! We also considered the plastic covered hoop frames. In our northern climate – prone to ice, snow, hail and winds – we knew that plastic wouldn’t hold much of a snow load. But also important to us was the issue of how would we recycle the plastic when it was necessary and how often was it going to be necessary. We also thought about buying a kit – you know the ones – they have 800 small bolts and nuts and panels and all sorts of pieces and parts. Truth be told here, we did actually buy a kit once. I opened the box, saw the bag of nuts and bolts about the size of a gallon storage bag, and never went one single step further. After 10 years, I sold it at a yard sale for $20. Good riddance!

Then, we happened upon a Simply Solar Greenhouse. We saw it at a trade show and stepped inside with a skeptical eye. But, we liked it! The owner of the company explained the benefits of the reflection and refraction of the sunlight entering the greenhouse and the efficiency at which it reached every plant whether it was high or low. That beats the heck out of worrying about shadows in a glass house. It also meant that we could use all of the cubic space inside for growing, not just the horizontal space, one layer thick. We liked the venting system especially – the vents open when the preset temperature is reached whether we are home to remember to do it not. In a nutshell, we were sold and have never looked back!

We love our greenhouse. We use it to start our standard plants, experiment with new varieties and play around with growing techniques. It’s fun! It’s rewarding! It’s held up in our Michigan winters, spring hail storms, and autumn winds.

A funny thing happened to us though. As we continued to meet the owner of the company when we revisited the trade show, we committed to taking the greenhouse on the road to other shows. It’s one of those items that sell itself. To be able to see it and touch it confirms the quality of material. From doing national shows, to starting our own company, to now handling the national sales and distribution of Simply Solar Greenhouses we’ve had a rewarding journey and one that has grown into something of a passion for us. While that means we aren’t as available to do as many shows every year, check our Events page to see if we are doing a show near you. Drop us a note if you want us to consider doing on in your area. Thanks for getting to know us!

We have most units in stock and ready for delivery from our Central Michigan or southeast Missouri locations. Our Homesteader Model has options and is made to order so please allow 2-3 weeks for delivery. Our technicians can deliver and install the greenhouse at your location so you don’t have to do anything except decide where you want the greenhouse placed.